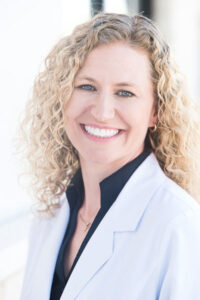 Dr. Heather Bobb graduated valedictorian, earned her BS in Biology from Lyon College in Arkansas, and earned her DDS from the University of Texas Health Science Center at San Antonio Dental School. Following graduation, she associated for two years in Ohio. Dr. Bobb was then offered a partnership in a practice in Tahlequah, OK, where she gained popularity serving as the community’s first female dentist. She was also able to serve the Cherokee Indian Nation during her time in Oklahoma. In 2008, she opened her practice in Dripping Springs, Texas where she has been serving since.

Dr. Bobb is married to her college sweetheart, Brian Bobb, MD and they have two daughters, Kiara and Karsten. Dr. Bobb is a published researcher and has earned several awards including the Lyon College Patterson Decade Award (outstanding female alumnus), the Robert Clayton Memorial Award, The Williams Fellowship Award, the Colgate Palmolive Scholarship, and the Girl Scout Gold Award .